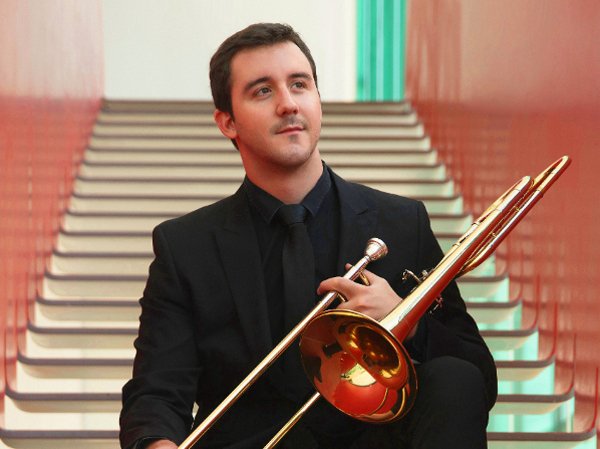 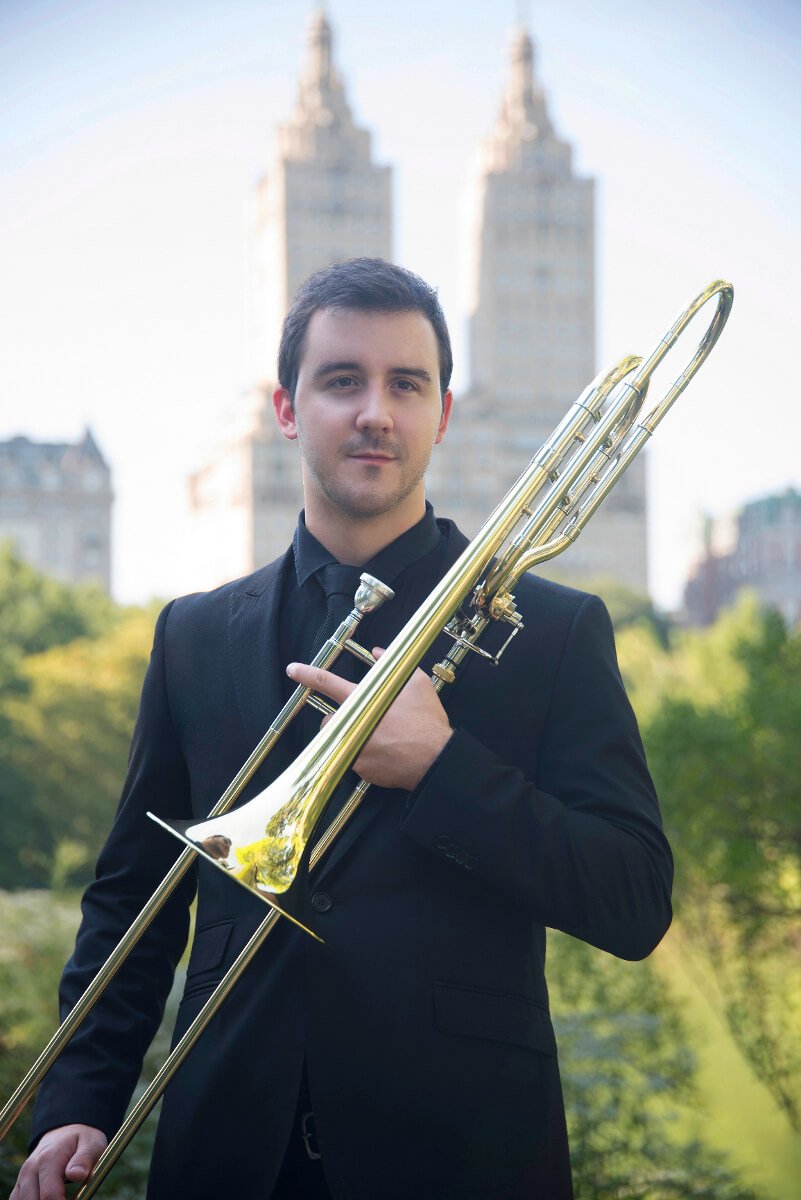 Trombone Soloist of the Malaysian Philharmonic Orchestra and Courtois Artist

Ricardo Mollá received his Bachelor’s Degree in trombone and composition at the Conservatorio Superior de Música Oscar Esplá in Alicante (Spain) and the Hochschule für Musik, Theatre und Medien Hannover (Germany) with Javier García and Jonas Bylund, respectively. Personally invited by Joseph Alessi, principal trombone of the New York Philharmonic, he was awarded a scholarship by the Artists’ Society of Spain (AIE) and Foundation JONDE-BBVA to study at the prestigious The Juilliard School of New York where he pursued a Master’s Degree in Classical Music.

Besides this, he was a member of the Spanish Brass Academy, studying with Guillies Milliere, Indalecio Bonet and Carlos Gil. In addition, he has attended advanced courses and masterclasses for trombone with teachers as Michel Becquet, Christian Lindberg, Ian Bousfield, James Markey, Colin Williams, David Rejano, and Mark Hampson.

As a trombone soloist, he has performed in the Lucerne Festival (Switzerland), the ManiFeste IRCAM of Paris (France), the Spanish Brass Festival (Spain), the Recontre International des Cuivres (Belgium), the FOCUS! Festival of New York (U.S.A.), and the International Trombone Festival; and in prestigious venues around the world such us Carnegie Hall (Recital Weill) of New York (EEUU), KKL-Luzerne (Switzerland), National Auditorium of Music of Madrid (with the Chamartin Symphony Orchestra), Palau de la Música of Valencia (with the Orchestra of Valencia), and Monumental Theatre of Madrid (with the Radiotelevision Orchestra of Spain (upcoming concert)).

Since the summer of 2015, he is the Director and Organizer of the Numskull Brass Festival Caudete. Ricardo currently splits his time between working as a trombone soloist, composing and giving talks about stage fear. He is a founding member of the group Numskull Duo and since 2015, artist of the brand Antoine Courtois.